A new Cancer Australia guide is designed to help health professionals investigate the symptoms and signs of lung cancer for an earlier diagnosis.


One in 17 people in Australia will be diagnosed with lung cancer by their 85th birthday.

And with more than 50% of lung cancers diagnosed at an advanced stage, prognosis is poor, making it the fifth leading cause of death nationwide.

But respiratory symptoms that accompany the disease can often be vague, particularly during the cooler months and amid the coronavirus pandemic.

‘At this point in time everybody’s focused on COVID, and so patients may present and get a COVID test. If it comes back negative we kind of think “Oh well that’s good, no need to worry about this”. But we may be too relaxed into not thinking about other potential causes for that cough,’ Professor Danielle Mazza, Head of the Department of General Practice at Monash University, told newsGP.

‘So it’s really important to look at the patient in front of you and think about the risk factors in that patient.’

With early diagnosis being critical to better health outcomes, Cancer Australia has released a new two-page guide for GPs with a flow chart that outlines a step-by-step pathway of actions to follow.

‘This resource is all about providing GPs and other health professionals with advice about trying to detect lung cancer earlier because we know that most lung cancer diagnoses are currently occurring at a very late stage,’ Professor Mazza, a contributor to the guide, said.

‘So the outcomes for those patients are poor. If we were able to detect patients earlier, we would give them a better opportunity for treatment and a better outcome.’

Symptoms of lung cancer can include a new or changed persistent cough, chest pain, shortness of breath, and coughing up blood, among others.

The highest risk factor is smoking – both current and former – with an estimated 90% of cases in males and 65% in females estimated to be due to tobacco.

Other risk factors include passive smoking, occupational exposures, and air pollution, along with personal factors such as older age, chronic lung disease, and a family history of lung cancer.

‘All of us have those older patients who have previously been smokers or are continuing to be smokers, who have some COPD [chronic obstructive pulmonary disease], and a lot of these patients don’t come forward with cough as a symptom because they think “oh well” it’s just part of their smoking or part of their emphysema,’ Professor Mazza said.

‘So we really need to encourage, particularly our high risk patients, to come forward for review and for us to move forward through that investigative pathway appropriately. That’s the only way we’re going to pick up these kinds of cancers earlier.’ 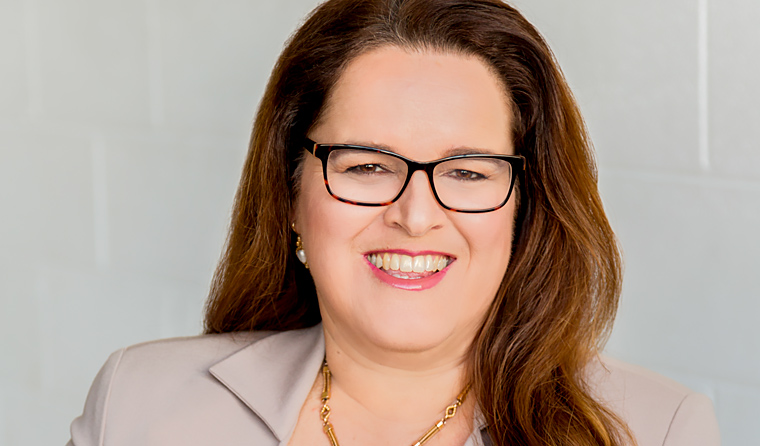 Professor Danielle Mazza, Head of the Department of General Practice at Monash University.

What is concerning however, is the increasing number of people being diagnosed with lung cancer who do not have the traditional risk factors, particularly younger females.

‘So we just need to keep an eye on our patients and give them advice that if the cough doesn’t settle, they need to come back,’ Professor Mazza advised.

‘In general practice … cancer is a less frequent diagnosis than a general respiratory virus. That’s where this kind of resource is very useful to have a look at.

‘Pin it up on your noticeboard, keep looking at it, keep referring back to it, look for the risk factors and look for the delay in resolution of the symptoms.’

If cancer is detected on imaging, the guide outlines the importance of timely referral of patients to a multidisciplinary team.

‘Those are the teams where the evidence shows that patients get better outcomes,’ Professor Mazza said.

In 2020, it is estimated that 9173 Australians will lose their lives to lung cancer.

As it stands, unlike breast, bowel and cervical cancer, there is no screening program for lung cancer in Australia. However, that  could change in the coming years, with Cancer Australia currently conducting an enquiry due to conclude in October.

‘Hopefully in the next two to three years, we’ll have a lung cancer screening program – can’t promise that at the moment,’ Dr Kerry Hancock, Chair of the RACGP Specific Interests Respiratory Medicine network, told newsGP.

‘But until we have that, it’s really imperative as GPs that we are on the lookout for lung cancer symptoms and investigating appropriately.’